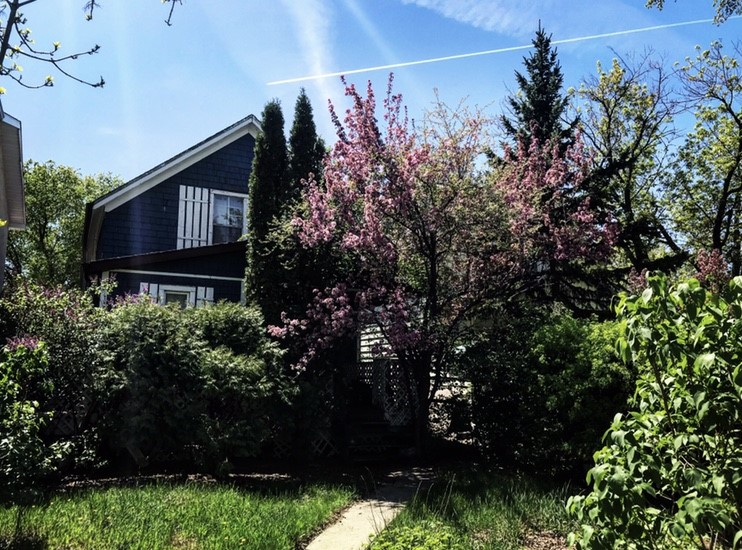 I know you’re gone now but I thought I would write you one last letter, just to get it all out. Make sure there is nothing left unsaid. The first and only other letter I wrote to you, was on the wall of my bedroom a few evenings before you were torn down. I wrote it in sharpie, like it was a permanent gesture. A quick thank you. You know, like when someone is at the airport and they’re leaving and you need to say something quickly. But later you wish you’d have said more. Well this is that more.

If a house is an extension of who we are you were definitely an architectural version of me in those historic periods of struggle. The parallels were painfully and joyfully accurate.

Your basement and foundation stuffed full of useless boxes, cracked and unstable. I too teetered. Mismatched walls with split plaster, a variety of old paint, floring and wall paper and I was uncertain of my personal aesthetic. Doors that didn’t close. Doors that stuck shut and I wavered on who to let in and who to lock out. During rainy seasons your basement streamed water, and taps dripped, and ceilings leaked. I think you were crying right along with me. Today I say thank you but then all that water made my cry more.

You did your best to do what you could for me giving me cozy shelter and a place that, for a long time was exactly the hippie dwelling I needed, safe and loving. Sadly, you were too old and tired and yet still so incredibly inviting. Maybe too inviting. Just. Like. Me.

You saw me through every relationship, heart ache and heart break. You witnessed my absolute joys, panics, anger, a little bit of mania and a lot of frustration. You heard me scream, doubled over in cries but you also witnessed laughter so hard and loud that tears of joy rolled down my face. Oh! And those dance parties in that itty bitty kitchen—epic!

For such a senior dwelling you had such a sweet smell of Nag Champa, Patchouli, Sandalwood. I’d walk right in and instantly be home. My shoulders dropped every time. “Hello house” I’d always say.

I used to think you were haunted. Maybe you were. Lots of happenings were hard to explain: the oily yellow streaks on the doors in the shapes of crosses; things falling off the bookshelf—repeatedly; the coffee jar with the break that looked like a hammer hit it. The curtain that untied itself from the knot I had put it in. All left to my imagination I thought we had a roommate of a ghost—we weren’t alone. But the ghosts also had company. Memories moved from room to room—metaphorical ghosts.

You were my longest relationship.

You were my most consistent relationship.

You were my easiest relationship.

And when it was time to take you down you did not fuss or make me cry. You just knew it was time. I think of you fondly and am grateful. And like I said in the first note may daisies come up from your pieces as you turn into earth.

I love you house.